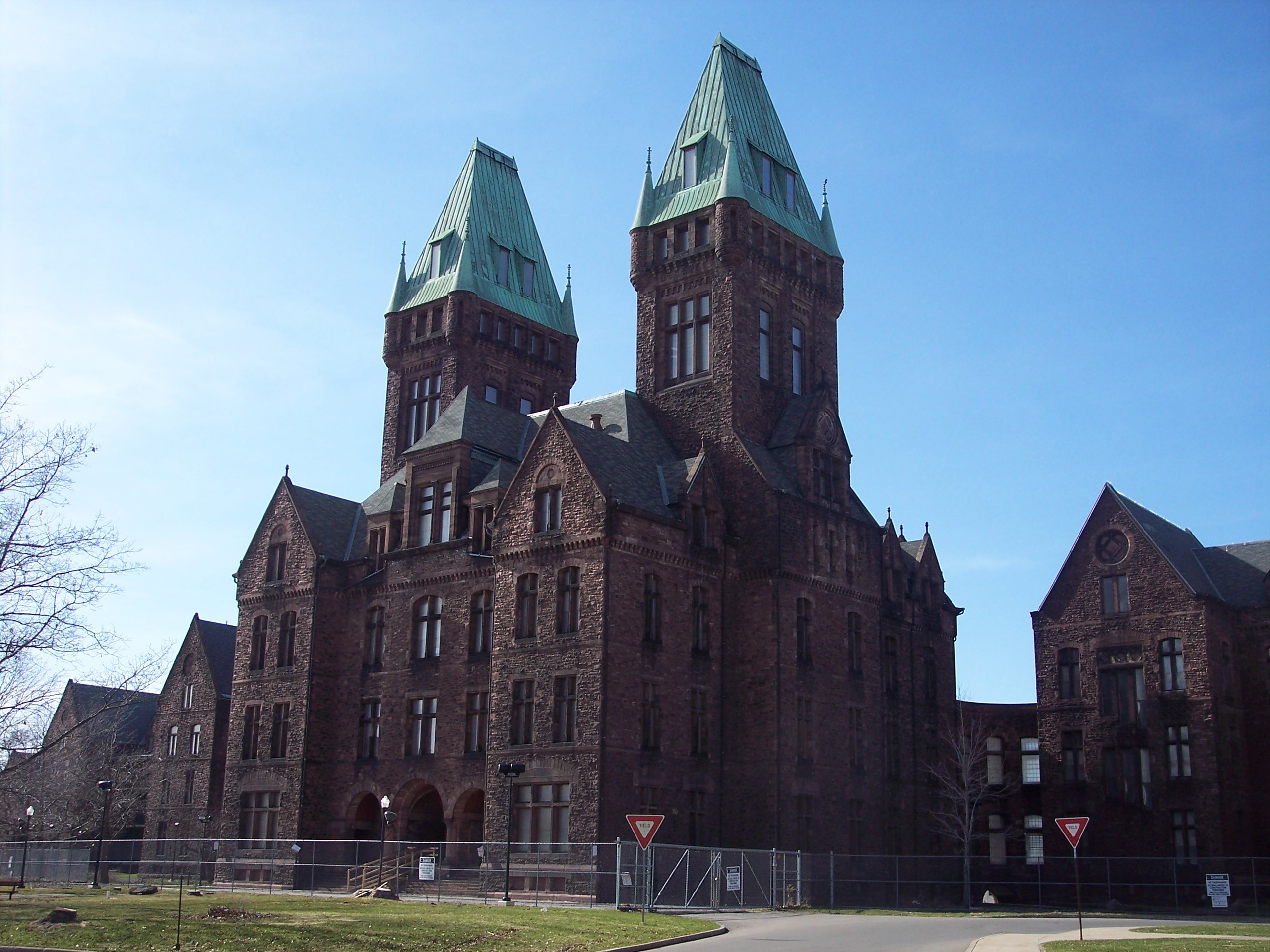 WHAT HAPPENED: The Buffalo State Asylum for the Insane goes by a much more common name today,  "the H. H. Richardson Complex," named for the architect of the ominous building and towering Gothic Revival building. During its time of operation from 1870 through 1974, the state asylum apparently witnessed many of the horrors of mental health profession that were prevalent at the time from electroshock therapy, hyrdrotherapy and lobotomies to the use of systematic sterilization to prevent patients from reproducing. Patients suffering from schizophrenia were injected with insulin to induce comas or Metrazol to cause seizures. There have apparently been captured images and anomalies at the complex, believed by some to be the unsettled spirits of the patients who suffered from the hospital's less than ethical practices."  Lights have been seen within the building during its decades of abandonment.  Source: http://wblk.com/the-ghosts-of-the-buffalo-state-asylum-haunted-tales-of-wny/